[english] – This podcast is part of the online discussion series China and the Left.

Announcement: The Hong Kong protest movement in 2019 and 2020 has often been understood as ‘non-ideological’, supported by a broad part of Hong Kong society rather than specific factions. At the same time, support for right-wing ideas and figures have gained traction – especially in the time leading up to the recent US elections. In contrast, left-wing and anti-capitalist formations are sidelined in Hong Kong, despite the city being one of the most inequitable ones in the neoliberal global system, vigorously maintained by its different sovereigns and protectors.

In this podcast, Ralf Ruckus and Jule Müller speak with Promise Li of Lausan Collective, who has critically explored the pro-Trump factions in the localist movement in a recent essay. These elements reveal important truths about Hong Kong’s complex relationship to its own colonial legacy and the contradictions of Hongkongers’ visions of democracy and self-determination. In light of the draconian national security laws and the widespread imprisonment of pro-democracy activists, journalists, and politicians, the discussion also touches the question how the struggle can continue and move beyond its limitations, and why it remains important to support Hong Kong’s fight for freedom internationally.

One thought on “Facing the Right in the Hong Kong Movement” 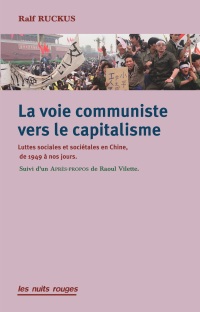