[deutsch | english] – The movement is back on Hong Kong’s streets while the planned security bill not only threatens the limited autonomy of the Special Administrative Region but also fuels the conflict between the USA and China. This is the translation of an article that appeared in the Swiss weekly WOZ on June 4, 2020.

Since the end of May, the democracy movement has been back on the streets: first, thousands came out against a law debated in the Hong Kong parliament which threatens sentences of up to three years imprisonment for disparaging the Chinese national anthem. Then, when the National People’s Congress in Beijing – for many unexpectedly – announced and passed a “national security bill” for Hong Kong, further demonstrations ensued. The police responded with tear gas attacks and arrests of hundreds of protesters.

The details of the security bill will be drafted now, and it will be implemented this summer without any debate and decision of the Hong Kong parliament. It is directed against “separatism, subversion, terrorism, and conspiring with foreign influences” in Hong Kong and will allow Chinese security forces to operate directly in the city and take action against the democracy movement.

Not only protest movement activists see in the bill a turning point – and the possible end of the “one country, two systems” order agreed with the former colonial power Great Britain in 1997. China’s intervention in Hong Kong’s limited autonomy has also led to renewed international tensions: The relationship between the world powers USA and China has already been strained by the trade conflict and the Corona crisis, and now it threatens to escalate even faster into a new Cold War.

China’s leadership wants to use the security bill to get back in control, something Hong Kong’s city government has not yet managed: One year ago, a mass movement emerged in the Special Administrative Region against a law that would have allowed the extradition of alleged delinquents to China. The protests quickly developed into an uprising against China’s authoritarian regime and its increasing intervention in Hong Kong. The movement mobilized large sections of the society and culminated in November 2019 in street battles between the police and ‘black bloc’ demonstrators and other events.

In recent months, the movement has lost momentum as a result of harsh police repression and anti-Covid-19 measures that restricted the right of assembly. However, with every easing of the restrictions on the right of assembly new demonstrations are looming. The upcoming elections for the Hong Kong parliament in September could also lead to a victory for the democracy movement’s candidates – given the fact that they received almost sixty percent of the votes in the November 2019 district elections.

The leadership of the Chinese Communist Party (CCP) repeatedly threatened to directly intervene in the conflicts in Hong Kong in summer and autumn 2019. At the beginning of this year, it put hardliners on the Chinese government posts responsible for Hong Kong. In mid-April, prominent representatives of the movement were arrested. Now, the security bill provides the legal basis for the CCP regime to take action against undesirable political mobilizations in Hong Kong.

The security bill could also further intensify the confrontation between China and the USA. In response to the bill, the US-government has already announced that it will terminate the previous special treatment of Hong Kong regarding trade matters. This could further threaten the city’s function as an economic hub for the China trade, and it could also have consequences for global finance and world trade. The US-government also blames China for the outbreak of the corona pandemic – partly to conceal its own failure to contain it at home. Recently, the US-government has announced to leave the allegedly China-dominated World Health Organization (WHO).

In addition, a law has just passed the chambers of the US-parliament that targets the CCP-leadership and threatens to impose sanctions because of the oppression of Uighurs and their mass detention in the Chinese province Xinjiang. And the US-government continues to insist on compliance with the “trade deal” with China signed in January, an agreement it had pushed through by imposing (higher) tariffs (“trade war”) – even if China will hardly be able to comply with the deal this year due to the economic slump resulting from the corona crisis.

These measures are part of an attempt to defend the USA’s own global leadership role in the face of China’s growing significance. Although the Chinese government recently announced that it does not want to enter into a “cold war” with the USA, its push for global economic expansion, its military build-up, and the establishment of China-centered supranational institutions shows its own claim for a global leadership role.

The current events in Hong Kong are indicating a possible bifurcation. Whether the confrontation over world hegemony will ease or intensify depends not least on domestic political developments in the countries involved. There is a danger that the US-administration will try to make a mark before the presidential elections this autumn by adopting an even tougher stance towards China, thereby also distracting attention from the domestic economic and social crises. In China, the corona crisis has seriously affected millions of migrant workers and deepened the country’s social fault lines. The economic crisis and increased unemployment could also lead to further social unrest. That’s part of the reason why the CCP is relying on nationalist rhetoric and pushes for global expansion: to neutralize the anger “from below.”

In Hong Kong, the city government and some business leaders have already backed the CCP’s security bill. Reforms that expand democratic rights or reduce social inequality are very unlikely. Instead, the repression will continue: During the demonstrations, the Hong Kong police used anti-Covid-19 measures, which only allow gatherings of up to eight people, attacked larger groups, and arrested hundreds of protesters.

Despite the current mobilization, the movement has not yet regained its old momentum. Activists describe their situation as “desperate” and fear the consequences of the security bill. However, they do expect further major protests: the publication day of this newspaper [the Swiss weekly WOZ] is the anniversary of the crackdown on the Tian’anmen Uprising [June 4, 1989], which is usually celebrated in Hong Kong with a mass demonstration. Yet, the demonstration was banned this year. In addition, from June 6 on, the young democracy movement will celebrate its first anniversaries [of actions and events one year ago]. The CCP leadership will remain the main target of the protests – and it is now often confronted with the Cantonese slogan “lam chow”: “Together with the enemies we will perish” or “If we burn, you will burn with us.”

One thought on “Hong Kong: Front Line of the New Cold War?” 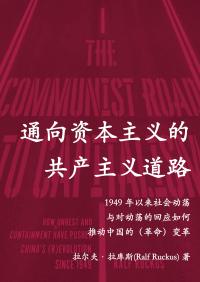